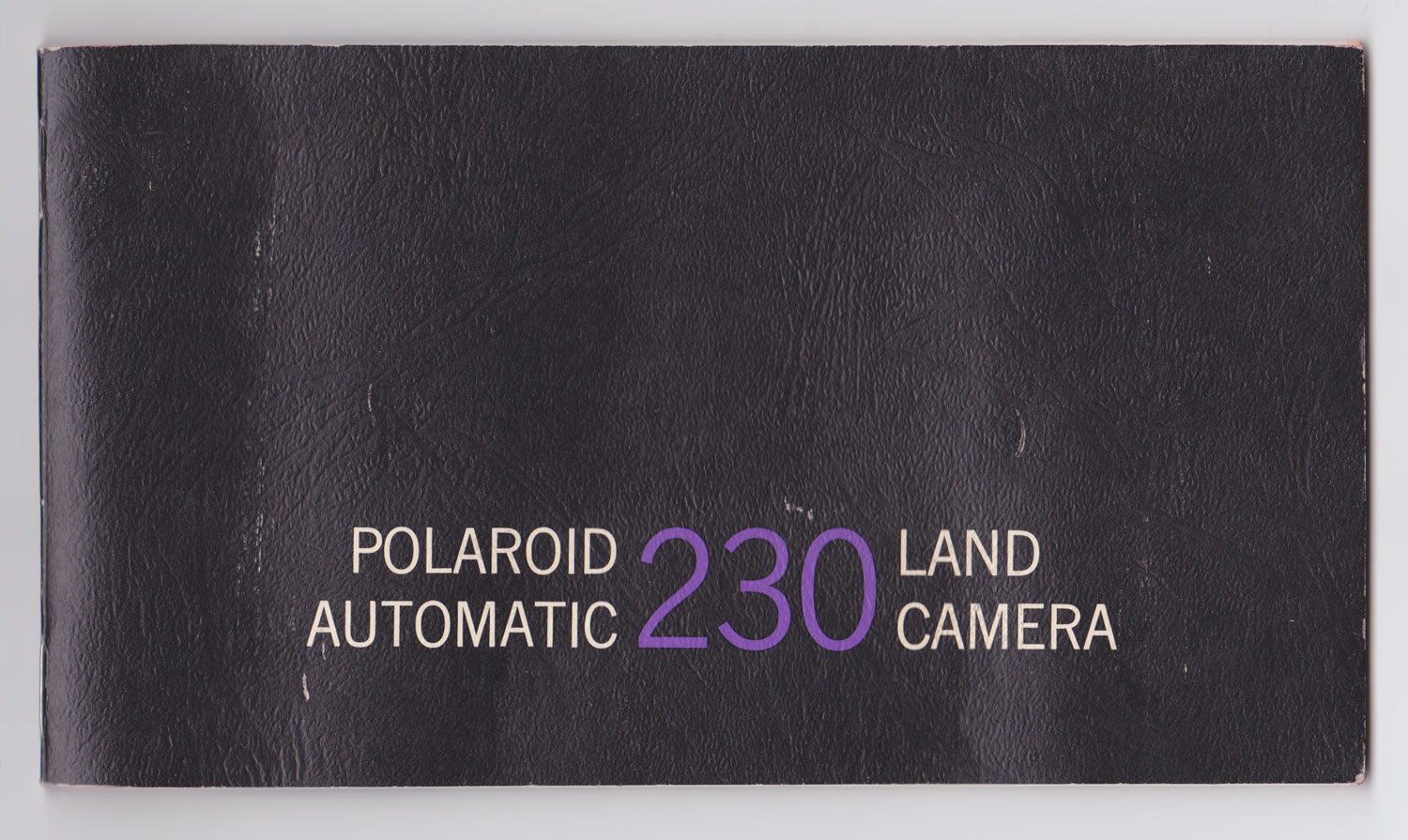 I have admired this camera for a long time. And for a long time, it sat patiently on my bookcase waiting for me to buy film and a really old battery. Today, the two of us went to Central Camera for some quality time. 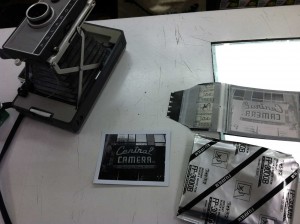 Central Camera, founded in 1899, is Chicago’s oldest camera store located at 230 South Wabash Ave. Tim at the film counter helped me find the appropriate film and a simple 4.5v battery so we could see if it would work. He seemed just as excited about the camera as I was and that meant a lot to me.

After he showed me the details about how to load the film, we went outside for a test shot. Compose, focus, ready and snap! Then it’s time to develop. The development process begins after pulling the second of two tabs. (And folks…this is the kind of “InstaGram” that takes at least 30 seconds.) 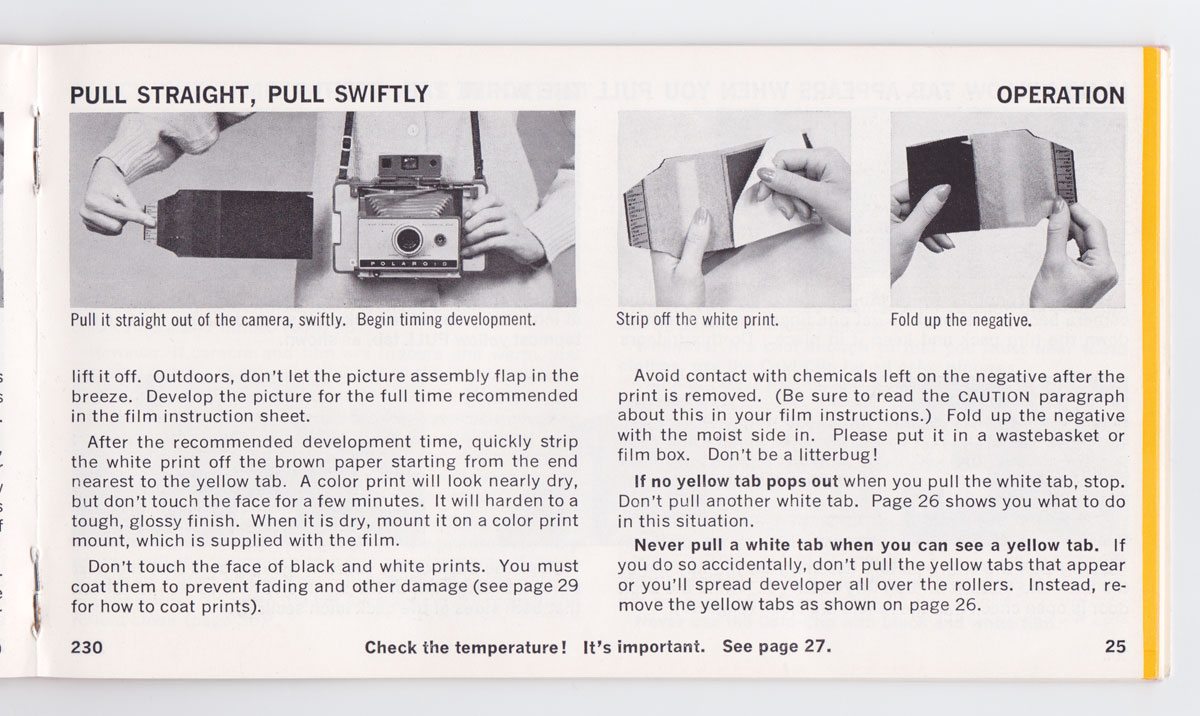 Here’s what we have: 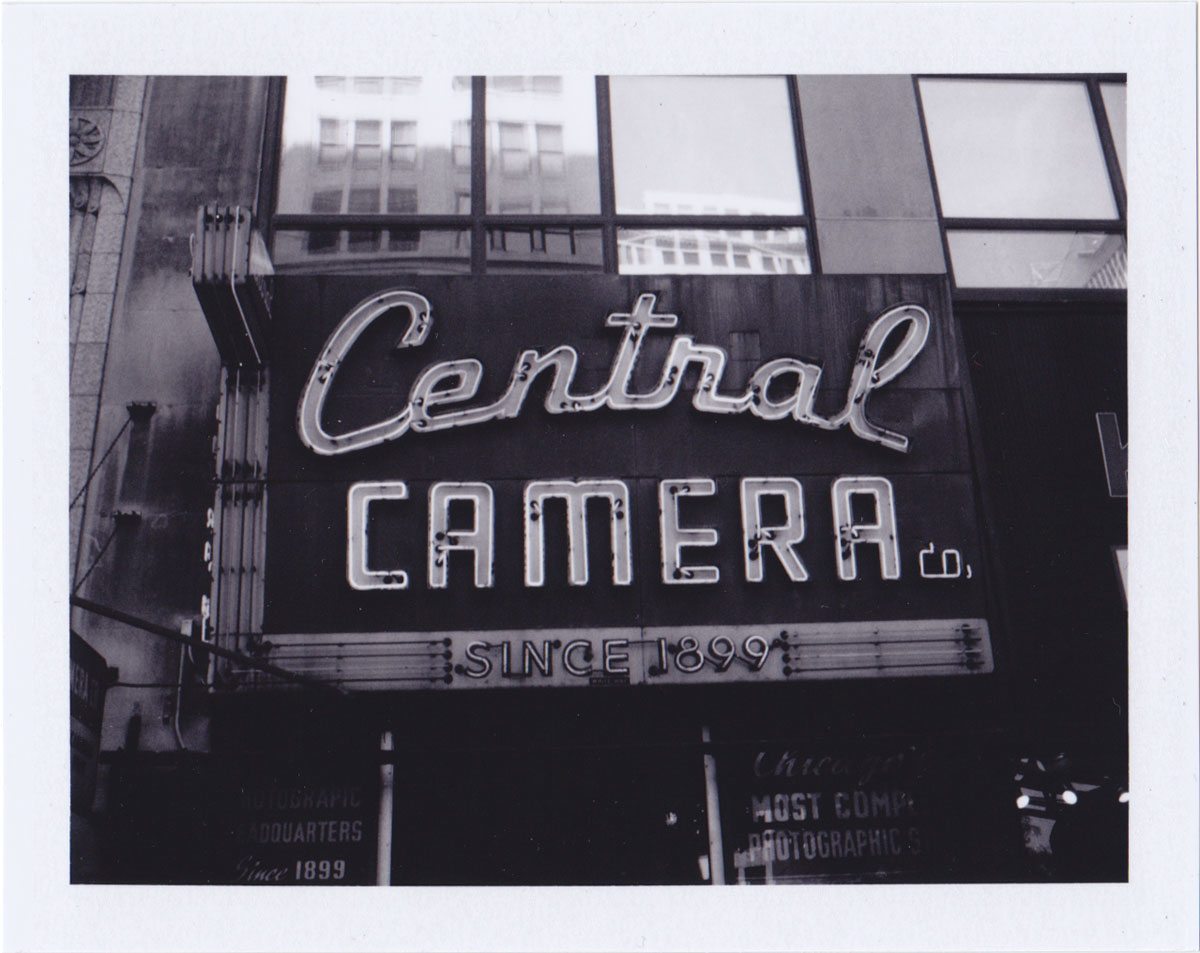 Not bad for a test shot. Then I began a little adventure in late ’60s technology. Here are some shots from the rest of the afternoon. Thanks to Tim for making my day. Not only for having the battery and film, but for talking me through it and sharing my excitement! 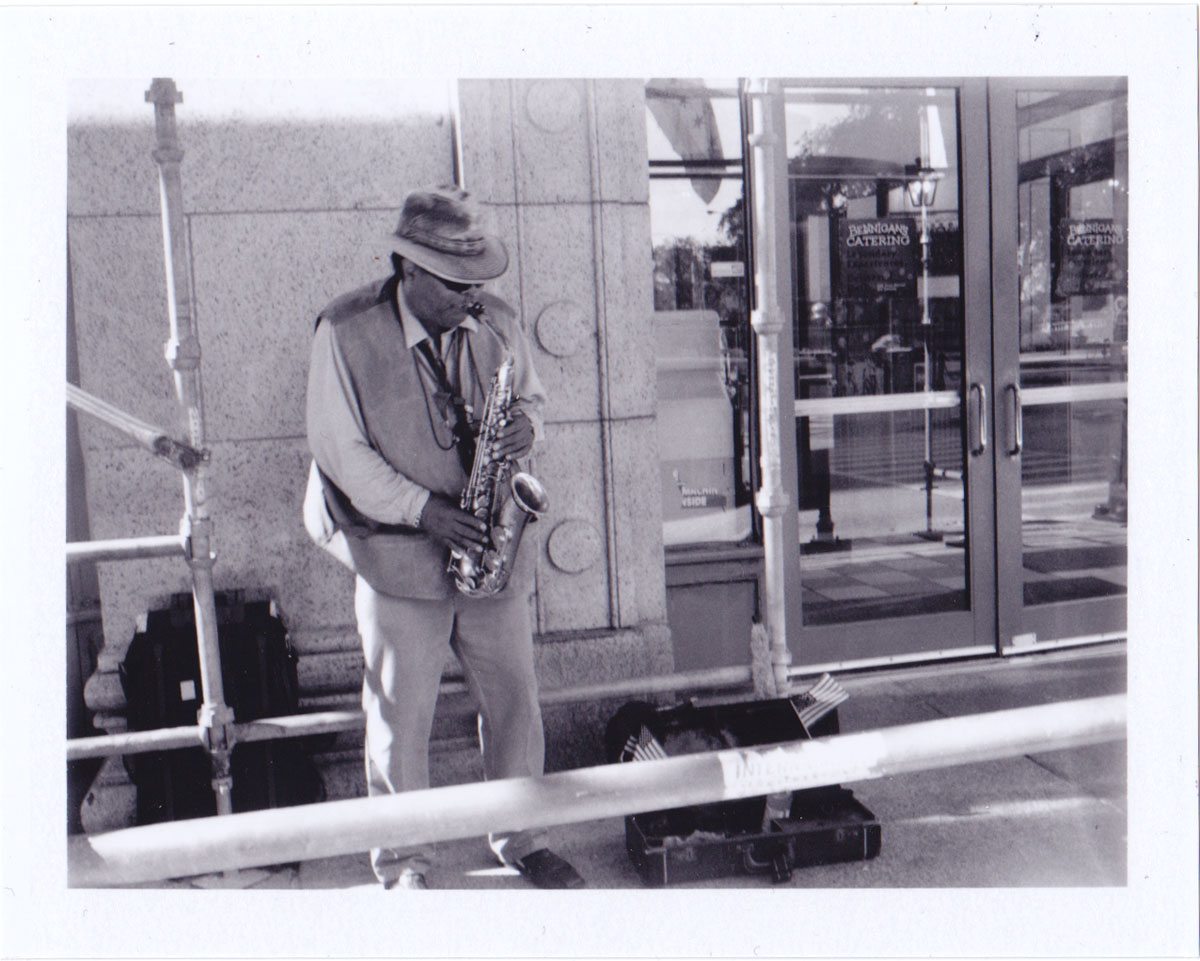 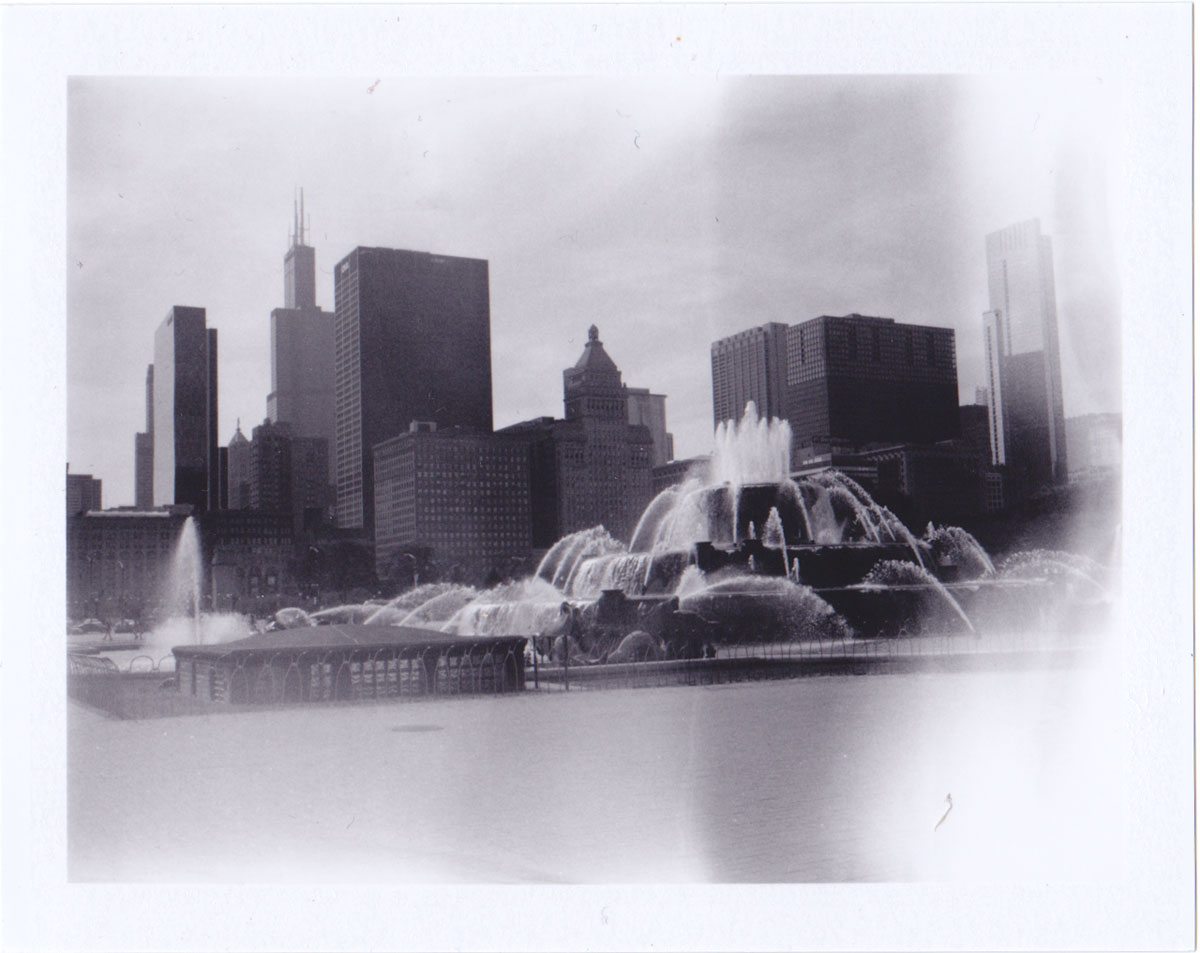 I know it’s not perfectly done, but I like the defects as I learn. 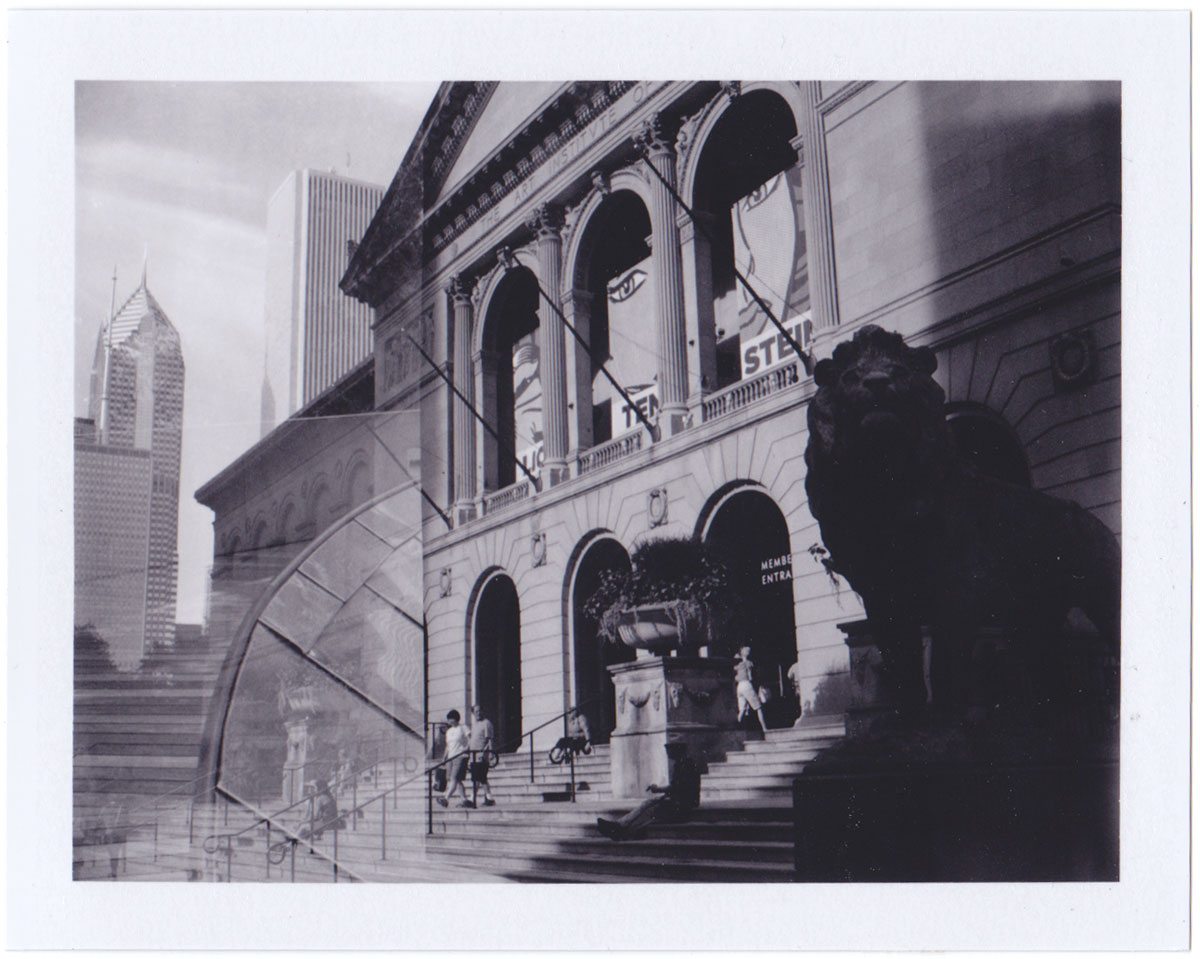 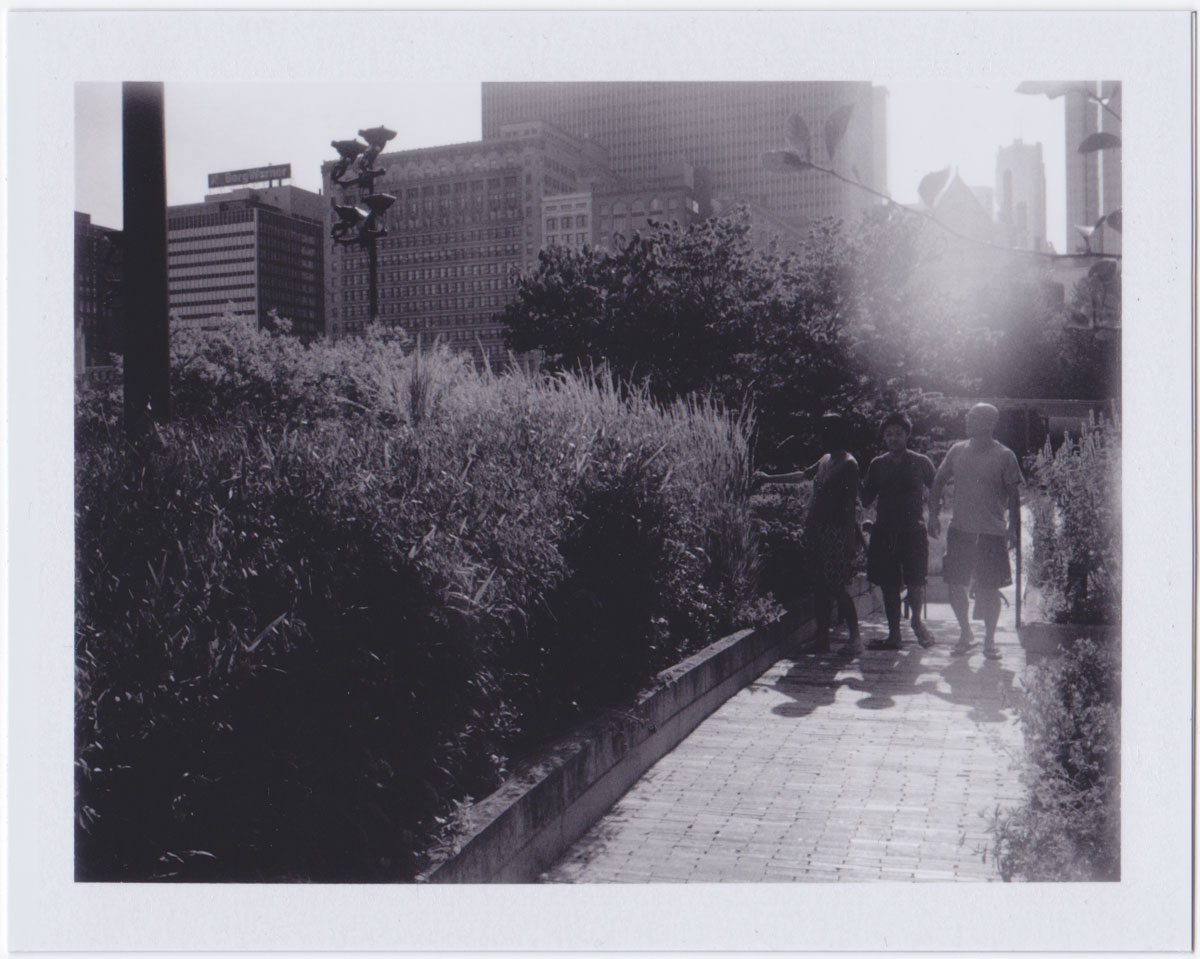 Here is the exciting part:

Another page from the manual: 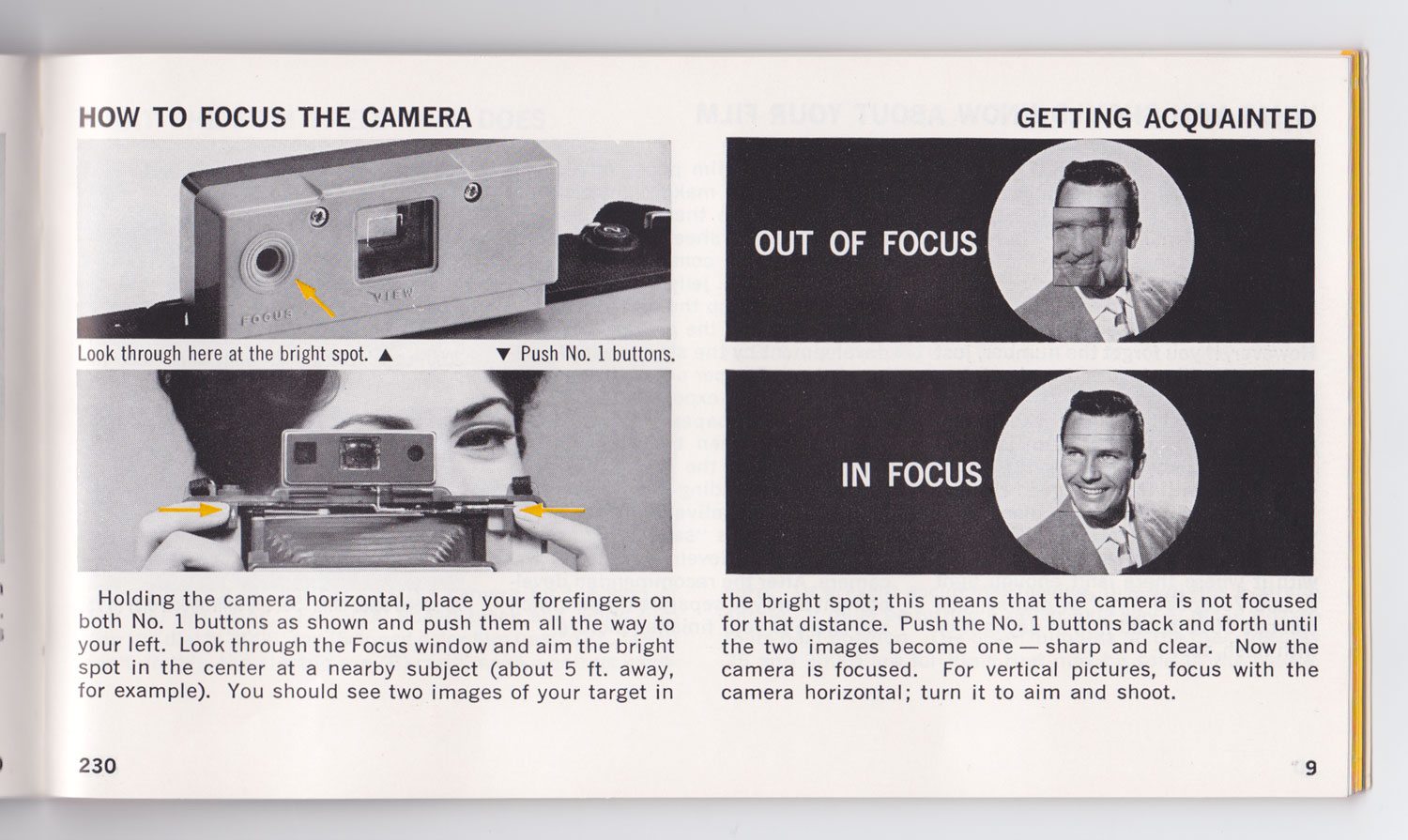 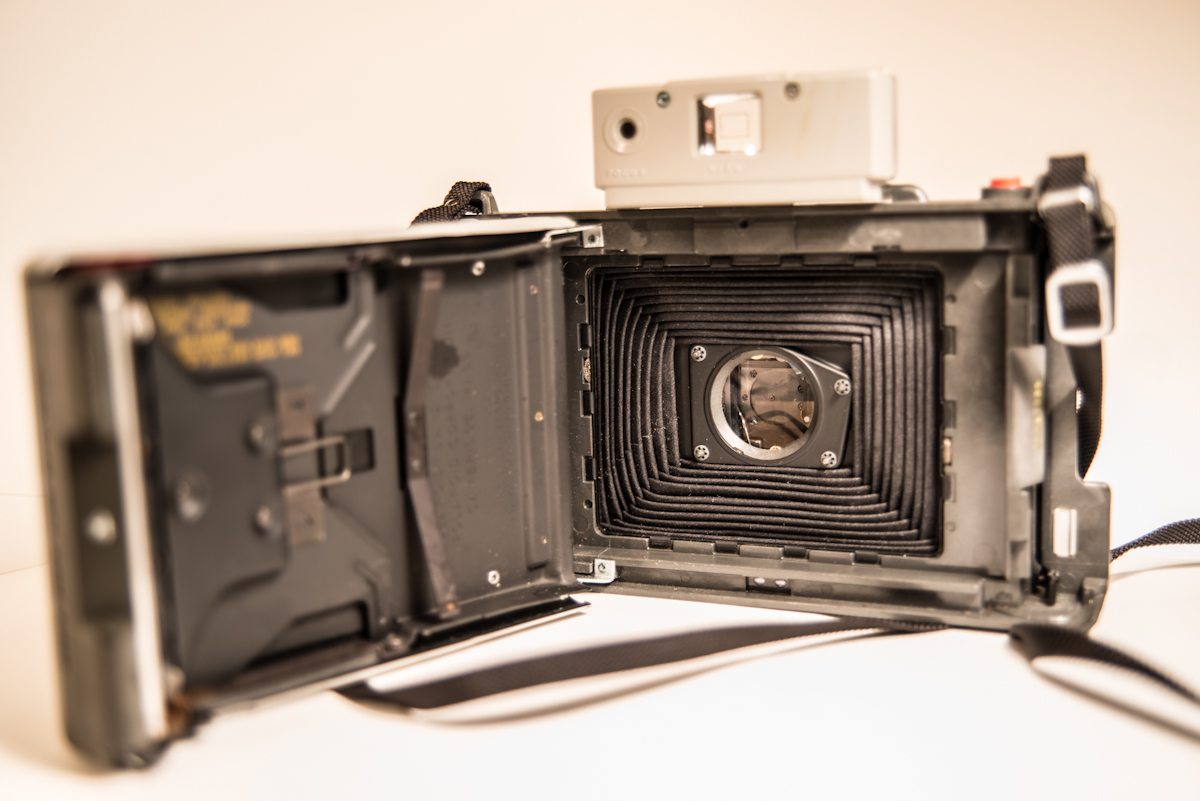 Land cameras are instant cameras with self-developing film named after inventor, Edwin Land, and were manufactured by Polaroid between the years of 1947 and 1983.

The process employs a diffusion transfer to move the dyes from the negative to the positive via a reagent. A negative sheet is exposed inside the camera, then is lined up with a positive sheet and squeezed through a set of rollers which spread a reagent between the two layers, creating a developing film sandwich. 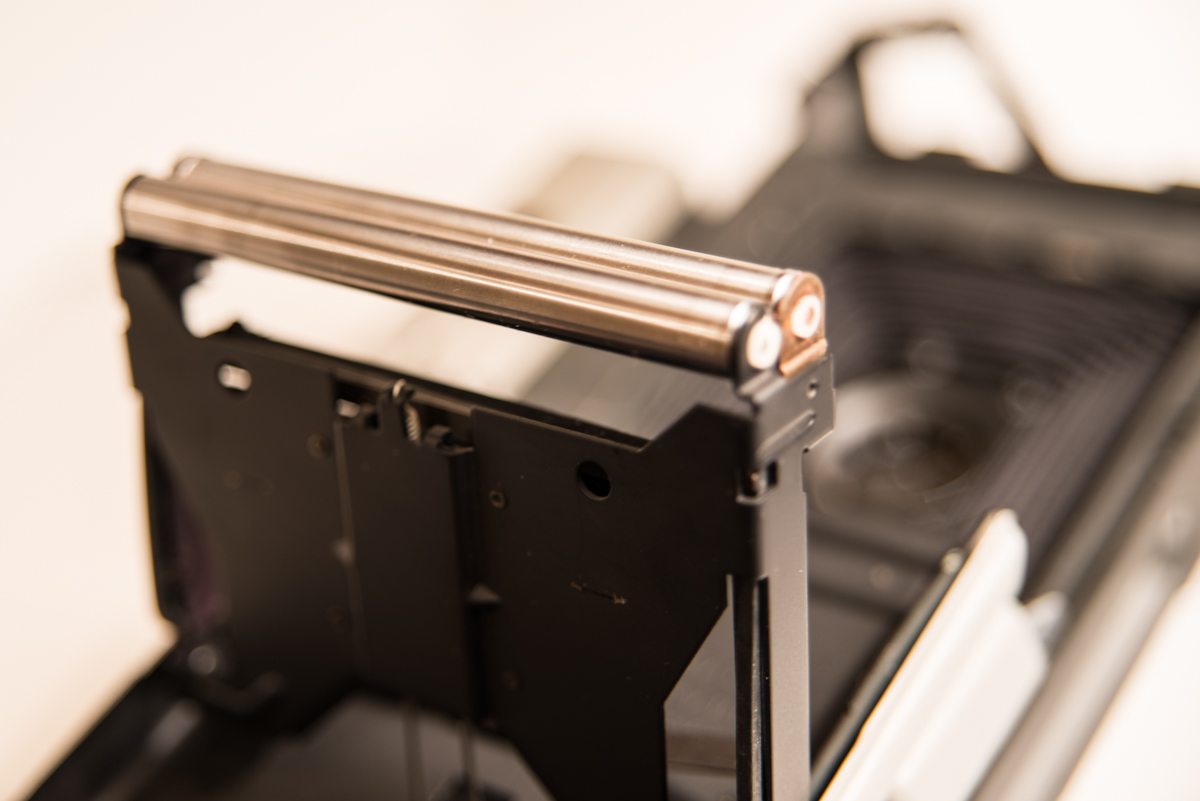 Update:
This is Tim! I had to access the negative to pull out some detail because it was (and still is) a little overexposed. 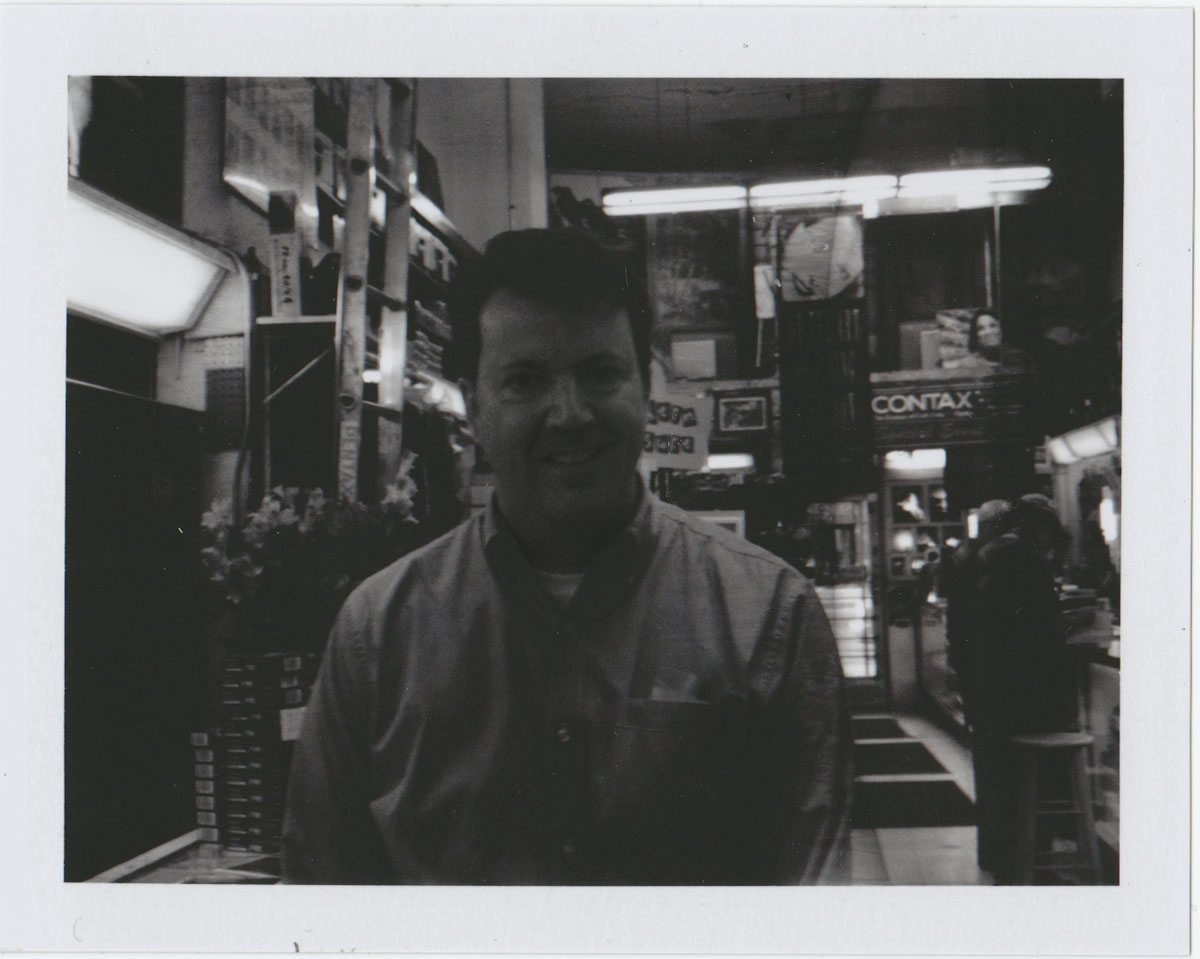