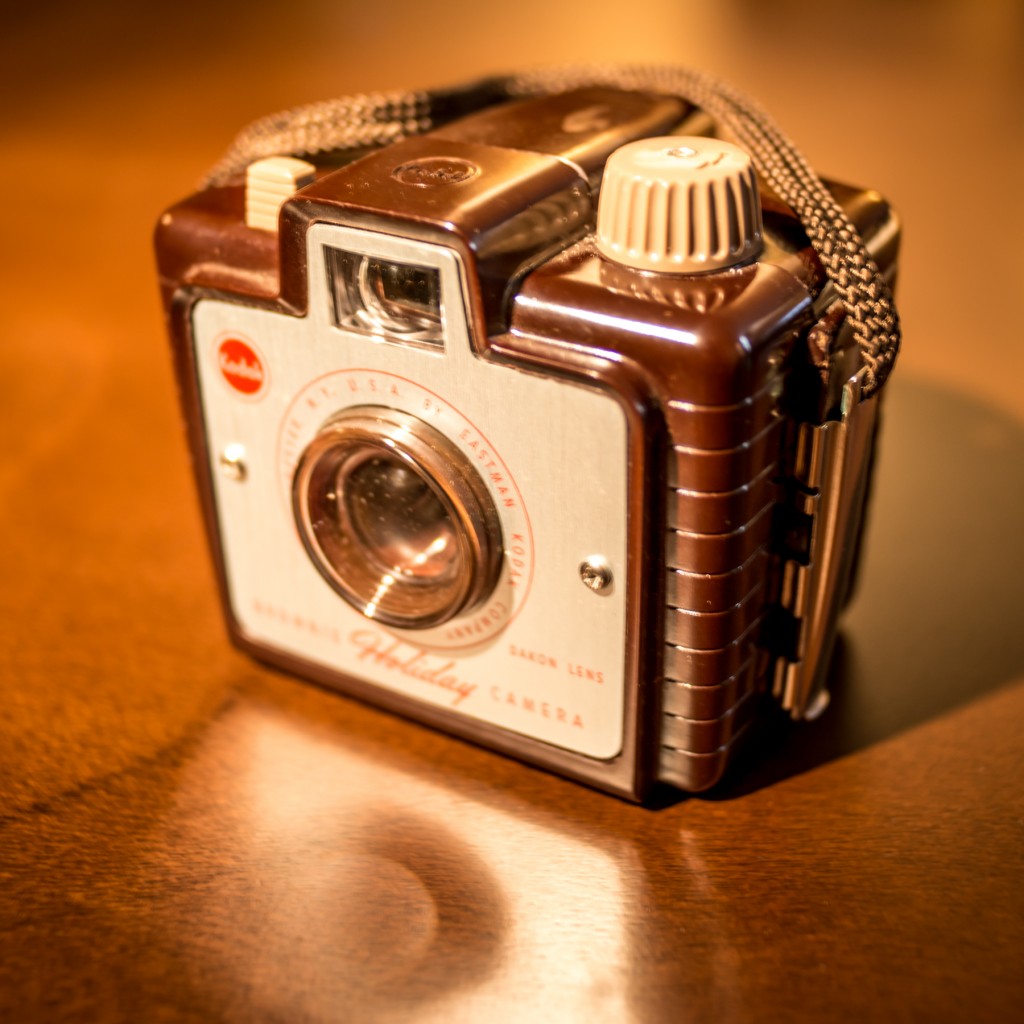 This beautiful camera was entrusted to my care by a very dear friend and I’m happy to make it part of my camera collection. The next step I want to take is finding some Kodak 127 film and taking eight exposures! I may also decide to dive into my own development processing as well, but that will be a large project.

Kodak Brownie Holiday cameras were manufactured between 1953 and 1962. The date can be further narrowed by knowing the lens. This particular Holiday has a Dakon plastic lens which means it was made between 1955 and 1962. Kodet lenses were used from 1953 to 1955.

A few pages from the Kodak Brownie Instruction Manual

The manual itself would probably help me to actually date it even closer. I would be happy to hear from anyone who could get a smaller year range!

I intend to post images taken from this camera soon.